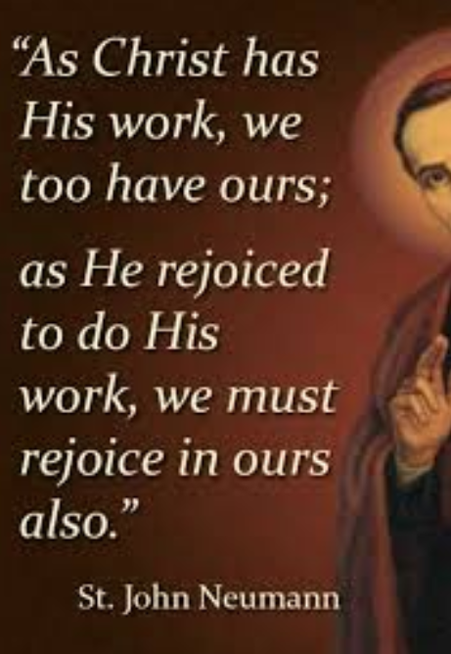 As a boy, John Neumann lived in Bohemia, which is now part of Czech Republic. He studied hard, for he wanted to be a missionary priest in America. By the time he was twenty-four, he had learned six languages and had completed his studies for the priesthood. He was not ordained, however, because his bishop thought there were enough priests in his country. So John Neumann decided to leave for America, hoping to be ordained there. He said goodbye to his parents and brother and sailed for the United States. When he arrived, he had one suit of clothes and one dollar in his pocket. Three weeks later, the bishop of New York ordained him.

John started Catholic schools in his diocese, for he believed it was very important for children to be educated and taught the ways of Jesus. In eight years Philadelphia’s two Catholic schools grew to one hundred schools. John brought many teaching orders to his diocese. He published two catechisms and many articles.

Throughout his life, John Neumann went about his work quietly and humbly. No special honours were given him. He was even unpopular. Only after his death did people begin to talk about their humble, good bishop who worked so hard for God.